Skip to content
Loading...
Latest news
Cartoid Angioplasty and Stenting By Medtravels
What is Cardiac Arrest and How To Survive It?
What You Should Know About Pacemakers | Pros And Cons By Med Travels
Symptoms And Best Treatment For Cardiac Arrest Made Easy By Med Travels
How to initiate a healthy lifestyle
Heart Surgery in India 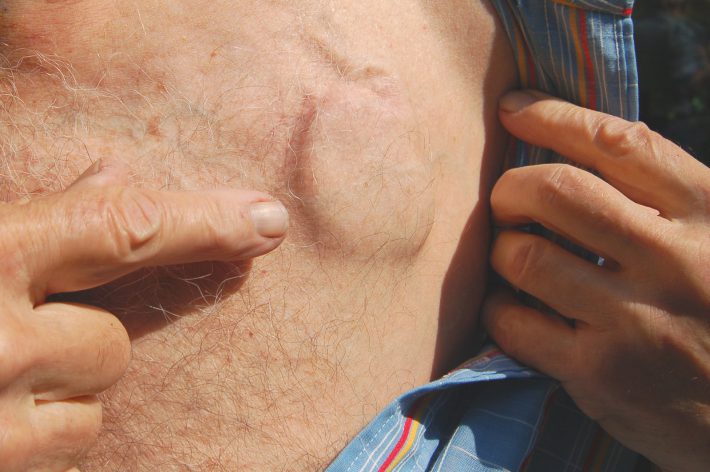 Usually an adult’s heart beat ranges from 60 to 100 beats per minute depending on health and age of the person. But sometimes the heartbeat becomes irregular and starts to beat too slowly.  If someone is suffering from slow heart rate, the heart is never able to circulate ample blood through the body. And when the rhythm speeds up, the heart chambers is never able to fill up enough blood.

When someone start suffering from fast, slow and irregular heartbeat, pacemaker helps normalize the heart rate. As a result, patient is able to lead a normal life doing all the activities a person can do normally.

What is a pacemaker and its contents?

Pacemaker is a system to set the heartbeat in correct order by sending electrical impulses and conduct them throughout the muscles of the heart, stimulating it to contract and pump blood. In a way it is a device that when planted inside the patient’s chest, allows the abnormal heart rate to beat normally again.

Pacemaker consists of a small titanium encased pulse generator that has a small lithium battery and electrical circuit attached to a few lead wires. It weighs about an ounce and is usually implanted on the left side of the chest below the collarbone. The procedure takes hardly an hour or so and the patient is sometimes relieved within a day.

Whenever the pacemaker picks up an abnormal electrical activity, it delivers a shock that brings back the heart beat into normal state.

How does it work?

The Pacemaker continuously monitors the heartbeat and delivers electrical energy if the heart starts beating too slowly. It also stores information about the heart that allows the doctor to evaluate and adjust pacemaker settings.

What are the illness that requires pacemaker implant?

Bradycardia is an abnormally slow or irregular heartbeat, where the heart beat rate lowers to less than 60 beats per minute. As in such case the chambers of the heart don’t contract often enough to supply sufficient blood and when the body doesn’t get enough oxygen and nutrients to function properly, one may feel extremely tired and loss of consciousness.

As one gets older scarring of the sinus node can occur and in some cases it is so severe that it causes this syndrome. Patients with this syndrome can suffer from slow or fast arrhythmias.

Treatment of sick sinus syndrome depends mostly on the symptoms.

In this syndrome too, the heart either beats too fast or too slow. This problem is mostly seen in patients who have been diagnosed with atrial fibrillation. In this case a person is at high risk of losing consciousness or having a stroke.

Medicines may be also used in such cases but pacemaker may be included as a treatment.

These signs can also point to other diseases or problems like low blood pressure or other heart diseases also. Only the doctor can point out if your heart needs a pacemaker.

During the last few years use of pacemaker implants have increased to more than 60% in United States alone. After pacemaker implantation the patient starts to live an active and healthy life without the symptoms of tiredness or dizziness.

What does a pacemaker do and is there more than one type of pacemaker?

If someone’s heart is beating too slowly, the pacemaker helps it to speed up and beat at normal order. And in some cases where it beats faster, pacemaker slows it down to normal level.

There are various types of artificial pacemaker but all of them are used for the treatment of bradycardia. Some of them function continuously and stimulate the heart at a fixed rate or increased rate during physical activity.

Depending on the patient’s condition, one might be prescribed

How is the device implanted inside the chest of the patient?

During the procedure, pain reliving medicines and sedatives are given to the patient. Afterwards follow up instructions are provided that the patient has to strictly follow through.

What are the things to avoid when you have pacemaker implantation?

There are some risks involved too in pacemaker implant procedure. Such as:

It is advisable to talk to your doctor prior to procedure to know the pros and cons of pacemaker implant.

How often should you visit the doctor after pacemaker implant?

A complete pacemaker check should be done six weeks after your pacemaker is implanted. This check is very important, because adjustments will be made that can prolong the life of your pacemaker. Regular follow up is important because when the battery function becomes low, it will become necessary to change the pacemaker.